The man understood, that his trick has failed. Birbal has outwitted him.

Moral: Don’t Try to Cheat. You will end up paying for it regardless of how smart you think you are.

Tenali Rama and the Brinjal Curry
Next Article 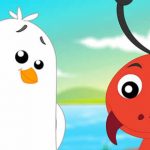 The Ant and The Dove